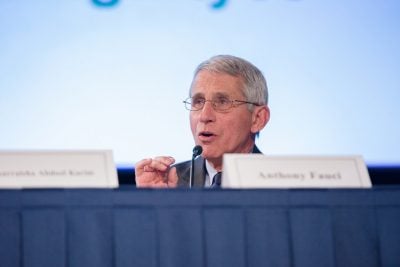 A few years ago the British medical journal, The Lancet, published a paper touting the safety of HCQ.  But this was before HCQ with zinc was found effective if used earlier enough against Covid-19.  Covid-19 turned HCQ’s effectiveness into a big problem for Big Pharma’s big profits.

The solution was another study by medical professionals some of whom have ties to Big Pharma and none of whom, apparently, are involved in the treatment of Covid patients.  The study lumps together people in different stages of the disease and undergoing different treatments. It touts its large sample, but many of the patients in the sample received treatment too late after the virus had reached their heart and other vital organs.  Most likely the people who died from heart failure died as a result of the virus, not from HCQ.

To be effective treatment has to stop the virus early. Waiting until the patient must be hospitalized has given the virus too much of a head start. Every doctor, and there are many, who reports success with the HCQ treatment stresses early treatment.  President Trump used a two-week treatment with HCQ as a prophylactic as he was constantly coming into contact with people who tested positive for the virus.  Many medical professionals who are treating Covid patients also use HCQ as a prophylactic.

The Lancet study was a rush job as it was essential for Big Pharma to prevent the spread of the HCQ treatment and awareness of its safety and effectiveness. The study’s authors completed the data collection around the middle of April and the study was published on May 22.  As soon as it appeared, it was used to close down the World Health Organization’s clinical  trial of hydoxychloroquine in coronavirus patients citing safety concerns. Most likely, the trial was aborted in order to  prevent an official agency from finding out that HCQ worked.

The media, of course, used the suspended trial to cast more doubt on Trump’s judgment for recommending and using the treatment, the implication being that Trump had put himself at more risk from a heart attack than from the virus itself.

The Daily Mail, which is often somewhat skeptical of official reports, even misreported French virologist Didier Raoult’s report (see this) of his success with treating 1,061 patients with HCQ/AZ as consisting of only a small sample of 30 patients (see this). A small sample is considered to be inconclusive. Thus 1,061 people became 30.

The Lancet study claims a high mortality from HCQ treatment, reporting a death rate ranging from 5.1% to 13.8%.  In response to a journalist when asked about this claim, Didier Raoult said that he and has colleagues have followed 4,000 of their patients so far.  They have had 36 deaths and none from heart problems for a death rate of 0.009%.  According to The Lancet study, he should have between 204 and 552  patients dead from heart problems.  He has zero.  Raoult had more than 10,000 cardiograms analysed by rythmologists (a special kind of cardiologist) searching for any sign of heart problems.

NIH’s Dr. Fauci denies that Raoult’s hard evidence is evidence.  On May 27 Fauci said, without showing shame of his ignorance or his lie, that there’s no evidence that shows the anti-malaria drug hydroxychloroquine is effective at treating COVID-19. (see this)

Perhaps what Fauci means is that no study undertaken by NIH or another Big Pharma friendly official body has been done and that only such studies constitute evidence.

When hard evidence such as Raoult’s is suppressed and misreported while “studies” doctored to produce a predetermined conclusion that serves Big Pharma profits are rushed into publication, we know that money has pushed ethics out of medical research.  A number of concerned people have been telling us this for some time.  We are past due to listen to them.

Private medicine is profit driven, which makes it susceptible to fraud.  In long ago days fraud was restrained by the moral character of doctors and the respect for truth of researchers.  These restraints, never perfect, have eroded as greed turned everything, integrity itself, into a commodity that is bought and sold.

The intent is to bury HCQ as a low cost effective treatment and to put in its place a high cost alternative whether effective or not, and to supplement this enhancement of profits with mass vaccination which might do us more harm than the virus itself.  Big Pharma could care less.  The only value it knows is profit.

This intent has garnered the support of the French, Belgium and Italian governments. Using The Lancet study and WHO’s termination of its HCQ trial as the excuse, the French government revoked its decree authorizing HCQ treatment. Belgium’s health ministry issued a warning against the use of HCQ except in registered clinical trials. Italy’s health agency wants HCQ’s use banned outside of clinical trials and suspended authorization to use HCQ as a Covid-19 treatment. See this.

Does this mean that Raoult and his team who by treating Covid patients with HCQ have achieved the remarkable low death rate of 0.009% are prohibited from using the proven cure to save lives? Will Raoult and his team be imprisoned if they continue to save lives? What about the people who will die from the three government’s prevention of a safe and effective treatment? Will France, Belgium, and Italy accept responsibility for these lost lives?

I can’t avoid wondering if the revolving door between Big Pharma and the NIH and CDC which corrupts US public health decisions also operates in France, Belgium and Italy. Are European health officials elevating themselves by climbing over the dead bodies of their victims?

Note to readers: please click the share buttons above or below. Forward this article to your email lists. Crosspost on your blog site, internet forums. etc.

Dr. Paul Craig Roberts writes on his blog site, PCR Institute for Political Economy, where this article was originally published. He is a frequent contributor to Global Research.